After having worked with various smart home technologies both an installer and as a user, I have come to the conclusion that one solution does not always meet the needs of people with their homes. As a short summary, at our own home we have trialed a few different smart solutions. Like many others, our real venture into smart homes was when Nest Learning Thermostat 2nd Generation came into existence. Before that, it was about configuring routers, configuring IP addresses, port forwarding etc. That is no longer the case.

Eventually, we went onto install Honeywell Evohome as a whole house solution, as we were already installing it for clients and needed our own system to train and learn on. So the Nest Thermostat was removed and an Evohome system with Hot Water control and a separate single UFH (Underfloor Heating) zone control using a BDR91 added. We still kept the existing Nest Protect and Nest Camera.

Now the dilemma begins. In our household, we have an elder male, who is a traditional heating engineer, that works on mostly traditional systems and small amounts of underfloor heating. We also have an elder lady of the house, who is not very highly literate and has just about managed to start using a smartphone, mostly Whatsapp and other basic things. As we all know the Nest Thermostat is much better designed for usability than is the Evohome system. Both of the mentioned people, are both ok with the Nest Thermostat, as opposed to the Honeywell Evohome, even though they don’t really understand smart technology as much as I do, or the younger generation in general. 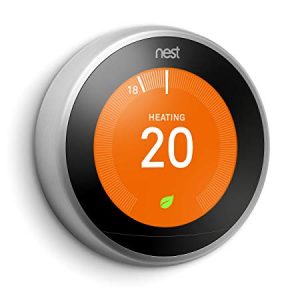 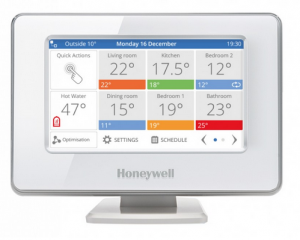 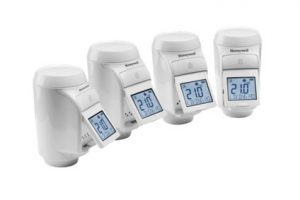 So fast forward to today, we have now returned to the Nest Learning Thermostat 3rd Generation being the primary heating control using OpenTherm, and the Evohome being a secondary passive (not being able to switch on the boiler) system controlling the radiators and the single UFH zone. All this equipment is powered by an Intergas Combi Compact RF36 using PDHW (Priority Domestic Hot Water) with a solar thermal system. The evohome is purely to regulate or limit the temperature for the rooms, within the limits of the Nest requesting heat.

Additionally, we have also installed the Nest Hello doorbell with a Honeywell Chime (USB powered) connected via relay to the Nest Hello chime kit. It is this combination of Nest the consumer friendly company, combined with Honeywell the industrial, not so consumer-friendly, however, has a higher range of solutions and products, that we have coined the term hybrid home for this article. We have the Google Home mini speakers for voice control, as well as an Amazon Alexa for other features. We also have one TPlink monitoring of electricity consumption for the boiler.

The next stage is to start using a central control system such as Conrad Connect or a Raspberry Pi based OpenHab to bring a more centralised ability to control and monitor things as well as allowing a greater amount of devices from various manufacturers to control the home all from one dashboard. These central control systems also allow rule base operation similar to IFTTT, whereby a one trigger will activate an action or set of actions to produce customised automation.

We will continue to trial different smart devices that help improve the living experience in our homes. Where possible we will try to use as much technology from one provider as possible, as it’s always better to have one main provider. Then we will use other companies products, to meet specific needs in combination with existing products, or as standalone products themselves. In time we hope we can integrate as much as possible into voice control, or one dashboard to simply the system as much as possible.  Priority will be given to products that are able to work independently even if the internet shall fail. We shall update you as changes take place.